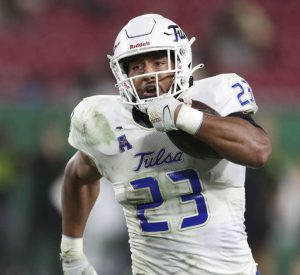 The latest two-round update from Draft Wire and editor Luke Easterling sticks close to the script for the Cleveland Browns in the 2021 NFL draft.

The first-round pick is a familiar one for anyone who has followed along with Draft Wire’s projections over the last few months. Tulsa linebacker Zaven Collins gets the nod, even after his recent weigh-in where he tipped the scales at a very EDGE-like 270 pounds. That increased bulk might make Collins even more appealing to the Browns.

In the second round, the projection sticks to defense. Iowa defensive tackle Daviyon Nixon, a potential starter as an attack-style tackle but one with some risk, is an intriguing projection. He’s often slotted a round or two later.

Two more days until we learn the actual picks!

Looking back 3 years at the reaction to the Browns drafting Baker Mayfield No. 1 overall