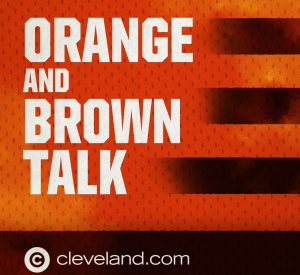 CLEVELAND, Ohio — None of us will forget 2019. The Browns had acquired Odell Beckham Jr., Baker Mayfield was coming off setting the rookie passing touchdown record and Freddie Kitchens was the populist hire as head coach after he called plays for Mayfield during the team’s 5-3 finish the previous season.

Things did not go as planned. The Browns started the season 2-6, Mayfield had his worst season as a pro and everyone came away feeling burnt by the preseason hype.

Team owners Dee and Jimmy Haslam spoke to the media on Tuesday via Zoom and they seem prepared to handle the hype train rolling into Berea very differently than in 2019, when the Browns embraced every headline and every magazine cover.

Expectations are likely to be even higher this season, considering the Browns finally won a playoff game and Mayfield played like a Top 10 quarterback over the season’s final month-and-a-half. The voices of the organization are very different this time around and the leadup to what could be an historic season isn’t likely to distract this group from their mission.

Mary Kay Cabot, Scott Patsko and I discussed what the Haslams had to say on Tuesday about Mayfield, the pairing of Kevin Stefanski and Andrew Berry and handling expectations on Wednesday’s Orange and Brown Talk Podcast.

You can listen using the player below or, if you can’t see the player, by clicking here. You can also listen and subscribe to the podcast using the links below.