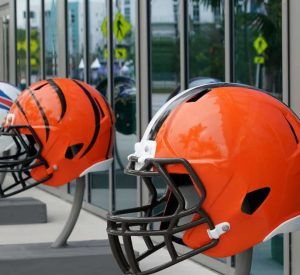 Here is a 2021 NFL draft pick-by-pick breakdown for the Cleveland Browns:

Round 1 (No. 26 overall) – Greg Newsome II, CB, Northwestern: The Wildcats produce two first-rounders for the first time as he follows Rashawn Slater into the pros. Newsome features sub-4.4 speed and copious swagger while joining a team with few holes but a fierce pass rush. Newsome should join Denzel Ward and Troy Hill to give Cleveland a wicked nickel package. Draft tracker

If you enjoy talking football, we have the perfect spot for you. Join our Facebook Group, The Ruling Off the Field, to engage in friendly debate and conversation with fellow football fans and our NFL insiders. Do the right thing, sign up now!