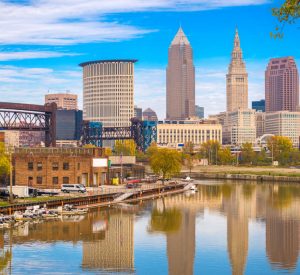 CLEVELAND, Ohio – The Browns made two high-profile signings at defensive back during free agency, adding both John Johnson III and Troy Hill. And on Thursday night they addressed their pass defense again, drafting Northwestern cornerback Greg Newsome II with the 26th pick in the 2021 NFL Draft.

Even with the addition of Hill, who is expected to play slot corner, the Browns’ cornerback depth chart remained thin and even a bit questionable entering the draft. While Hill and Denzel Ward seem ready to step in to starting roles, Greedy Williams continues to recover from his shoulder injury, which kept him out all of last season.

Behind that trio, the Browns had Robert Jackson, M.J. Stewart and little else in terms of significant experience.

Newsome gives defensive coordinator Joe Woods another option at corner, and potentially creates a position battle with Williams for the outside corner spot opposite Ward.

What grade do you give the pick? Check out the poll below and let us know what you think.

How the Browns can win NFL Draft 2021: Cabot

Draft tracker: Live pick-by-pick results, news and notes from Round 1

Why Browns should trade up in first round: Grove

Browns’ most important draft pick this century was three years ago: Pluto