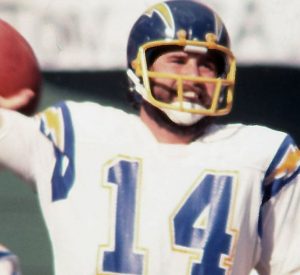 Welcome to This Week in NFL History! Every week, the Research team will spotlight the anniversaries of notable events and birthdays.

– Oversaw the NFL-AFL merger, the creation of the Super Bowl, Common Draft era, established team revenue sharing & significant broadcast rights contracts that allowed for every NFL game to be broadcast

– Selected 1st overall by the Colts in the 2012 NFL Draft

– Green’s workout partner, QB Justin Roper, did not meet the eligibility requirements to participate in Georgia’s Pro Day (based on his location), but Green decided to workout with Roper and let scouts watch it on TV

– Selected 7th overall by the Bills in the 2018 NFL Draft

– Selected 8th overall by the Panthers in the 2017 Draft

– According to Brandt, Wentz completed 63 passes in a 65-throw script, with one overthrow and one drop

– Selected 27th overall by the Panthers in the 2006 NFL Draft

– Worked out in front of representatives from 15 teams & looked good catching the ball & running routes, adding a 4.65 40-yard dash

– The Colts had a new stadium in place in the RCA Dome (originally Hoosier Dome), which is where they called home for 24 seasons in Indianapolis before Lucas Oil Stadium was built

– Brandt said, “In my mind, he’s the No. 2 RB prospect in the draft behind Leonard Fournette… he’s explosive & catches the ball well.”

– Gilmore was particularly impressive in positional drills & Jeffery’s 40-yard dash in the high 4.4/low 4.5 range helped dispel myths of a receiver of his size struggling with speed