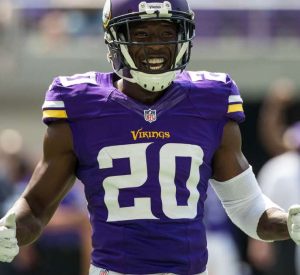 Immokalee native Mackensie Alexander is continuing his NFL career where it began.

After stepping away for one season, Alexander is returning to the Minnesota Vikings, who drafted him in the second round in 2016. Alexander, 27, played cornerback for the Vikings for four seasons before playing for the Cincinnati Bengals in 2020.


In a press conference Monday, Alexander said he missed the Vikings’ culture, particularly the no-nonsense coaching of Mike Zimmer.

“I miss it, that’s why I’m back,” Alexander said. “You want to be coached like that, by somebody that stays on you. Being back is going to be fun.”

Alexander signed a one-year deal worth $1,127,500, according to Spotrac, a website that catalogues athlete salaries. It is the second consecutive one-year deal Alexander has signed after his four-year rookie deal in Minnesota.

As a free agent following the 2019 season, Alexander signed with the Bengals for $4 million in 2020.

The Immokalee High School graduate said he hopes to get a longer deal next year, but for now he’s focused on making the Vikings better.

“That’s everybody’s hope – do a one-year deal, prove yourself and see what happens,” Alexander said. “I’m all about coming out to help the team win, be part of something special and getting us back to where we need to be as a unit. It’s a day-to-day process. (The contract) will come when it’s supposed to come.”


Alexander is one of four members of the 2012 state runner-up Immokalee football team currently under contract in the NFL:

• Cornerback J.C. Jackson, a restricted free agent, has been tagged with a second-round tender worth 1-year, $3.4 million by the New England Patriots this offseason. He’s played three seasons with the team as an undrafted free agent.

• Defensive tackle Deadrin Senat is entering the fourth and final year of his rookie deal with the Atlanta Falcons after being drafted in the third round in 2018.

• Running back D’Ernest Johnson is entering the third and final year of the deal he signed with the Cleveland Browns in 2019. Johnson wasn’t drafted in 2018 and spent a season in the short-lived Alliance of American Football before joining the Browns.


Alexander played in 55 games in four previous seasons with the Vikings, including 10 starts. His best year was 2018 when he had 43 tackles and four sacks in 15 games (6 starts).

Last year Alexander started 10 games for the Bengals and played in 13. He had a career-high 47 tackles.

This offseason the Vikings signed All-Pro cornerback Patrick Peterson. They also have safety Harrison Smith, who returns for his 10th season in Minnesota’s defensive backfield.

“We’ve got two future Hall of Famers already in the secondary,” Alexander said. “Me being here is just a little bonus. … I’m all about the big picture. Where ever they want me to play, I’m a team guy. It doesn’t matter to me.”

Alexander played four varsity seasons at Immokalee High from 2009-12, developing into an all-state player and one of the top recruits in the nation as a senior. ESPN ranked Alexander as the No. 4 recruit in the Class of 2013 before he went to Clemson.