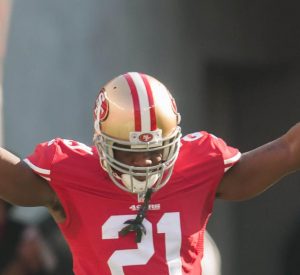 The NFL has approved the addition of a 17th regular-season game, marking the first time since 1978 that the league has changed the number of games in the regular season.

Adding an additional game leaves the door open for lots of changes to the single-season record books. Which of the San Francisco 49ers records are in danger of being broken in 2021?

Joe Montana and Steve Young are the two greatest quarterbacks in franchise history, but Jeff Garcia holds the 49ers’ record for most passing yards in a single season. In 2000, Garcia threw for 4,278 yards, the only time in his career that he threw for over 4,000 yards.

The 49ers’ quarterback situation is up in the air for next season, although NBC Sports Bay Area Insider Matt Maiocca believes that Kyle Shanahan prefers Mac Jones with the No. 3 overall pick. It will be interesting to see if a rookie or current quarterback Jimmy Garoppolo can break Garcia’s record.

Young may not hold the single-season passing yards record, but he does have the most touchdown passes in a single season in franchise history.

Young threw 36 touchdowns during the 1998 campaign, topping his previous franchise record of 35 from the 1994 season. Garcia, Montana and John Brodie are the only other 49ers quarterbacks to ever throw 30 or more scores in a single season.

Frank Gore’s 2006 season may go down as the best rushing campaign in franchise history. Gore ran for a franchise-record 1,695 yards and scored eight touchdowns. The five-time Pro Bowler would go on to rush for over 1,000 yards seven more times with San Francisco before signing with the Indianapolis Colts in 2015.

When it comes to rushing touchdowns, Gore is a part of a seven-way tie for the most in a single season in franchise history. Gore’s 10-score 2009 season is the most recent of the bunch, but

It shouldn’t come as a shock that the great Jerry Rice holds the 49ers’ record for most receptions in a single season.

Rice also holds the record for most receiving yards in a single season, as he turned his 122 catches in 1995 into 1,848 yards. What may be even more impressive about Rice’s 1995 season is that Young played in just 11 games due to a shoulder injury.

The Hall of Famer holds the six highest receiving yard totals in a season in franchise history, with Terrell Owens holding the seventh and eighth spots.

Predictably, Rice also holds the record for most touchdowns in a single season for the 49ers with 22 during the 1987 campaign. Rice caught 65 passes during the 1987 season, meaning that more than a third of his catches went for scores.

Rice’s record also came in a season where he played in just 12 games. The legend tried to top his own record in 1989, but he came up five scores short with 17 on the season.

Aldon Smith totaled 19.5 sacks for the 49ers during the 2012 season. Smith, who played four seasons with the 49ers, made his return to the NFL in 2020 after missing the previous four seasons.

Smith’s 19.5 sacks led to him being named First Team All-Pro and making the Pro Bowl. He totaled 44.0 sacks in San Francisco.

Peter Dewey contributed to this story.