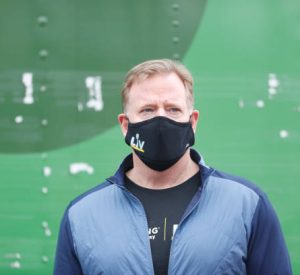 The NFL sent a memo to teams Wednesday saying it anticipates at least some part of the offseason program to take place in person.

The memo, which was obtained by Tom Pelissero of NFL Network, said virtual offseason programs will resume April 19. However, the league said protocols will be subject to change for vaccinated individuals.

“It is also anticipated that clubs that achieve a certain rate of vaccination among its tiered staff and players may be permitted to relax restrictions
that apply to meetings, mealtime and use of locker rooms,” the memo reads.

The NFL conducted its entire 2020 offseason program virtually due to the COVID-19 pandemic. Mike Florio of Pro Football Talk reported players have been pushing hard for another virtual offseason, citing COVID-19 safety concerns.

“After experiencing that change, there is no reason for us to ever return to the previous offseason program,” Tretter wrote. “We are the only major sports league with an offseason program. The most physically demanding sport is the only league that brings their players back for extra practices outside of the season.

“The argument in favor of these offseason practices is based on the assumption that players need reps during OTAs to develop and learn while teams need the practices to jell. Yet, the lack of OTAs this year demonstrated that those theories aren’t substantiated. New and first-year head coaches had success. Newly assembled teams had success. Rookies stepped in and played at a high level all across the league.”

The 2020 season did, indeed, go off without any noticeable drop in quality of play or young players struggling amid a lack of offseason work. The NFL eliminated the 2020 preseason in order to get players ready for the regular season—something that will not happen in 2021—but Tretter’s argument in favor of a virtual offseason is strong.

Ownership and the players are set to negotiate a new-look offseason program after the NFL exercised its right to expand the regular season to 17 games, starting in 2021. Preseason play was reduced to three games per team as part of the change.