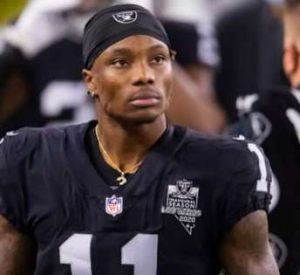 The wide receiver position has gained a lot of value in the world of fantasy football in the last decade, even surpassing running backs at one (inconceivable) moment in time. The position does have a ton of talent, and rule changes that favor offenses give wide receivers an advantage over opposing defenses.

Still, finding elite wideouts in the first round of the NFL Draft has frequently been an exercise in futility. How futile, you might ask? Well, you’re about to find that out.

Historically, wideouts have not been the No. 1 overall pick often. The last one came in 1996 when the New York Jets selected Keyshawn Johnson. Furthermore, Johnson and Irving Fryar (1984) are the lone wideouts to be the No. 1 overall pick since 1965. However, the position has become the most prominently drafted in the first round in recent seasons, as more NFL teams are passing on running backs. As we learned in one of my previous articles, 17 runners have gone in the first round since 2010.

In that same time, a total of 40 wide receivers have been selected in Round 1. The trend of statistical success at the position hasn’t been all that great, though. So, let’s take a walk down memory lane and reminisce on all of the first-round wideouts since 2012, how they fared as rookies and how many of them actually become fantasy studs.

The 2020 rookie class was loaded with talented wideouts, so it’s no surprise that a total of six went in the first round. Jefferson was the best of the bunch, recording a rookie record 1,400 yards while finishing with the fourth-most points among rookie wideouts all-time. Lamb finished as the WR22, but he could have been much better had his starting quarterback, Dak Prescott, not gone down with a season-ending injury. Aiyuk was the WR36, but he showed flashes of becoming a real star in the world of fantasy football.

The rest of the wideouts in the round, Jeudy, Reagor, and Ruggs III, finished WR45 or worse. Ruggs III, who was the first wideout drafted, finished last in the group at WR94.

Brown and Harry were the lone wideouts drafted in the first round in 2019, and neither has made a significant fantasy impact. Brown has finished no better than WR36 in his first two seasons, and he’ll have a tough time breaking out in a Ravens offense that runs the ball a ton and just added Sammy Watkins. Harry’s best finish is WR99, and that won’t improve with the Patriots adding Hunter Henry, Jonnu Smith, Nelson Agholor, and Kendrick Bourne in the offseason. At this point, Harry is a dynasty stash at best.

Moore and Ridley have both met expectations to this point in their young careers. The former has a pair of top-25 finishes on his resume, while Ridley has finished no worse than WR27 and broke out to become the WR5 a season ago. The Falcons wideout is now locked-in as a top-25 pick, and Moore should see an increase in his WR25 finish with the loss of Curtis Samuel to the Washington Football Team during free agency.

The 2017 first-round wide receivers have been a disappointment, to say the least. The fifth overall pick in the draft, Davis’s best fantasy finish in his four seasons is WR28. He’ll look to improve that as a member of the Jets. Williams has failed to finish better than WR41 in his four seasons, and Ross has been injury-prone at the NFL level. He’s played in eight or fewer games three times and has left the Bengals for the Giants.

Browns fans might want to forget, but Coleman was the first wide receiver picked (No. 15 overall) in the 2016 draft. He never ranked better than WR84 and finished his career with 61 catches over three seasons. Doctson, the No. 22 overall pick for Washington, never finished better than WR57. Treadwell, the Vikings’ first-round selection, never ranked higher than tied for 94th among fantasy wideouts. Fuller has had the most, well, “success” in the league out of the quartet. However, he’s never finished better than 32nd in points at the position. He was on pace for a potential top-10 finish in 2020, but a league-imposed suspension cost him his final five games and any chance at stardom.

Much like in 2020, the 2015 NFL Draft had a combined six wideouts come off the board in the first round. The results, unfortunately, weren’t nearly as positive. Cooper was the WR21 as a rookie, and he’s gone on to produce four other top-20 finishes, including one top-10. He’s been the lone bright spot in this class, however. White was never able to avoid injuries and failed to rank higher than 123rd among wide receivers. Parker has finished better than WR40 just once (WR11 in 2019) in his career, while Agholor, Perriman, and Dorsett have zero top-20 finishes and just one top-25 finish among them.

As bad as the 2015 class was among first-round wideouts, the 2014 class is considered one of the best. Beckham Jr., Evans, and Benjamin all finished in the top 20 in points as rookies, including OBJ’s WR7 rank. He’s gone on to produce three top-seven finishes and another top-15 finish, though his stats have shrunk in Cleveland. Evans has been no worse than WR23 in his five NFL seasons, including a pair of top-nine ranks. Cooks wasn’t a star as a rookie, but he’s gone on to produce five top-15 seasons. Watkins showed promise earlier in his career, but he’s finished no better than WR41 in each of his last three seasons. Benjamin also looked good earlier in his career, but he missed the entire 2015 season with an injured knee and was out of the NFL after 2018.

Austin, the No. 8 overall pick of the St. Louis Rams, never had a top 25 finish among wideouts. His best rank came in 2015 when he was the WR27. Not exactly what the Rams or fantasy fans were expecting from the former West Virginia star. Patterson was seen as a potential fantasy sleeper after showing flashes of potential as a rookie, but he failed to meet expectations and ended up bouncing around the league after 2016.

The biggest winner of this trio, of course, is Hopkins. After finishing 50th in fantasy points as a rookie, Nuk has put up finishes of WR14, WR4, WR2, WR2, and WR5. He’s been the best first-round wide receiver in the NFL draft in the last eight seasons.

Blackmon was considered a massive prospect coming out of Oklahoma State, but off-field issues became a major problem. He never finished better than WR29 and was out of the league after three years. Floyd showed some flashes with the Cardinals, but he had just one top-30 finish among wideouts. Wright has a top-20 finish on his resume, but he never met the expectations of a first-round wideout. The same can be said of Jenkins, who played three games for the Niners and was out of the league after 2014.

Digging a little deeper and leaving out the 2020 first-rounders who only have one NFL season under their belts, the vast majority of wide receivers haven’t met expectations. I’d only define Hopkins and Beckham Jr. as reaching fantasy “superstar” status. Evans, Cooper, and Cooks haven’t been “elite” but have all become very valuable, and Ridley has a chance to reach elite status if he can duplicate his 2020 success. Moore might never be a top-10 fantasy wideout, but he’s certainly in that WR2 conversation.

If we’re honest, it can be argued that 22 of the 35 rookie wideouts (63 percent) taken in the first round since 2012 have been disappointments on some level.

The good news is that we’ve seen more first-round wideouts succeed quickly in the last three seasons, with Jefferson and Ridley owning top-six finishes at the position. Lamb and Aiyuk possess the potential to become high-end fantasy wideouts, and there’s still plenty of room for Ruggs, Jeudy, and Reagor to experience major statistical growth.

While I expect a few of them to emerge into fantasy stars, don’t forget the mostly disappointing trend of first-round wideouts. The immediate or eventual stars have been few and far between, and the fantasy football world has been littered with “what ifs” and disappointments.

Michael Fabiano is an award-winning fantasy football analyst on Sports Illustrated and a member of the Fantasy Sports Writers Association (FSWA) Hall of Fame. You can follow Michael on Twitter, Facebook, YouTube, and Instagram for all of the latest breaking fantasy football news and the best analysis in the business!

© Provided by Sports Illustrated
Take your game to the next level with an SI Fantasy+ subscription. Get insights from Michael Fabiano, Shawn Childs, and the entire fantasy team all year-round