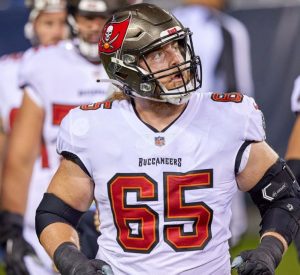 Sometimes the best feeling can be finding an extra $20 in a pair of jeans you have not worn in a while.

Now imagine what it must be like when you learn you have found an extra $622,056.

The NFL’s performance-based pay system has been around since 2002, when it was included in the ratification of the collective bargaining agreement, and it rewards players who have had high playing time but are making low base salaries.

This year, the league divvied up $8.55 million per team for veterans and rookies, and while the checks won’t hit the players’ accounts until 2024 at the earliest, it’s still good to know there will be some money coming in.

Here’s a look at some of the notable performance-based bonuses that were distributed:

He was one of 26 players to have earned at least $500,000. He wasn’t the only Buccaneer, either. Safety Jordan Whitehead earned $555,455. A fourth-round pick in 2018, Whitehead started every game for the Super Bowl champs and had two interceptions.

At the other end of the spectrum is Cincinnati Bengals center B.J. Finney. He collected the smallest bonus, just $248 for two snaps on special teams.

But Finney was able to double dip. He also earned $3,668 from the Seattle Seahawks, who dealt him to Cincinnati in the Carlos Dunlap trade in October 2020. Finney signed a one-year deal with the Pittsburgh Steelers this offseason.

Offensive lineman Marcus Martin, who split the 2020 season between two teams, was also a double-dipper. He earned $2,839 from the Detroit Lions and $591 from the New England Patriots.

Arizona Cardinals tackle Kelvin Beachum collected the second-highest check at $604,185 after starting every game. Not bad for a player who signed a few weeks before training camp began. This offseason, he signed a two-year, $4 million deal with the Cardinals.

Finney was one of 13 players to earn bonuses of less than $1,000, with Houston Texans quarterback AJ McCarron receiving the second-smallest check at $316.

There could not have been a more disappointing season for anybody other than Wilson, the Titans’ first-round pick.

The Titans traded Wilson to the Dolphins earlier in the offseason and he has already been released.

Playing on his rookie contract from 2016 to 2019, Dallas Cowboys quarterback Dak Prescott regularly cashed in quite well in the performance-based pay system, earning more than $1 million total in his first four seasons.

Last year, Prescott had the highest base salary in the NFL at $31.4 million, playing on the quarterback franchise tag. He was also limited to five games because of a compound fracture and dislocation of his right ankle. His take from the 2020 performance-based pay system: $5,653.