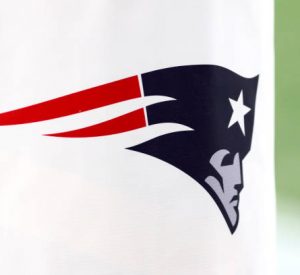 The New England Patriots re-signed Cam Newton this offseason, and they have Jarrett Stidham still hanging around on his rookie deal. But ESPN draft guru Mel Kiper Jr. believes the team could be a candidate to move up on draft night if one of the top quarterbacks slips.

In a mailbag published Thursday,  Kiper Jr. ranked the Patriots as the most likely team to trade up for a quarterback if one of the top signal-callers in the draft—namely Trey Lance or Justin Fields—becomes available.

“The Patriots don’t usually have a pick as high as No. 15,” Kiper wrote. “Can Bill Belichick & Co. really afford to wait for a franchise quarterback? The 2022 class is not nearly as good as this one.”

In the latest big board from Bleacher Report’s NFL Scouting Department, four of the top seven players are quarterbacks, with Trevor Lawrence and Fields claiming the top two spots and Lance and Zach Wilson pulling in at Nos. 6 and 7.

The Patriots find themselves at No. 15 following their worst season since 2000, but they’ve done their due diligence in addressing their offensive issues this offseason. Newton relied heavily on the run in 2020, but the team beefed up his options for the pass heading into their second year removed from Tom Brady.

Newcomers to New England include Jonnu Smith, Hunter Henry, Nelson Agholor and Kendrick Bourne, though the team will be reeling from the retirement of Julian Edelman after 12 seasons.

The Patriots last drafted a quarterback in 2019, when they took Stidham in the fourth round, but he took a backseat to Newton and veteran backup Brian Hoyer and didn’t start in 2020. As of now, he appears set to compete with Newton for the starting job yet again.

Kiper also suggested that Denver, Washington and Chicago are candidates to move up in the draft for a quarterback.