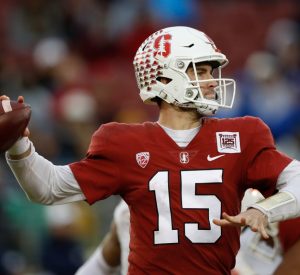 Here is the re-print of Jack Despeaux’s Saints Mock Draft:

With eight picks in the 2021 NFL Draft, the Saints could take some swings to get their quarterback. Unless they perform a massive trade-up from pick 28, none of these potential quarterbacks are going to be locks to be the franchise quarterback.

The Saints have a rapidly closing Super Bowl window. Will they be able to make the most of it with these draft picks?

Davis Mills could be the best-kept secret of this year’s draft. A toolsy quarterback who had a very strong pro day, Mills may surprise people with how early he is picked.

When a team needs their quarterback, they may not be willing to wait to see if he’s still there. Mills would be in a great position to sit behind Hill and Winston and then take the reins when he becomes ready. It’s best to get toolsy quarterbacks early and let them develop, so the Saints aren’t taking any chances here and are getting their guy early.

Another late-riser in this draft class, Joseph is in that deep second tier of cornerback prospects in this draft. The Saints let cornerback Janoris Jenkins walk in free agency, and with Marshon Lattimore on his fifth-year option of his rookie contract, the cornerback room is slowly thinning out. Extending Lattimore should be a massive priority, so acquiring good cheap cornerbacks to allow for a Lattimore extension is a necessity. Joseph is great value at pick 60 and patches an immediate need for the Saints.

Werner was part of Ohio State’s impressive linebacking corps this year and is a reliable defender to plug into this Saints defense. Werner played the WILL linebacker for the Buckeyes and could settle into a similar role with the Saints. Werner has good eyes and can be relied upon in coverage, so Werner could find himself in the nickel package as well.

With Trey Hendrickson signing with the Cincinnati Bengals, the Saints suddenly have a hole along their defensive line. With an aging Jordan Cameron on the other side of the defensive line, adding a young pass-rusher like Rashad Weaver will be important for the long-term health of this defense.

Weaver in the fourth round would be an excellent start to the third day of the draft and would help bolster the Saints’ defense.

Nearly 100 picks later, the Saints add more depth to their cornerback room by taking the speedy Thomas. A little undersized, Thomas has feisty coverage skills and showed his own in the red zone at the Senior Bowl. He struggles with bigger, more physical receivers, and could be relegated to slot duties in the NFL.

Measuring in at 6’5” and 318 lbs. at the Senior Bowl, Jackson seems to have ideal size for an NFL offensive tackle. He may also have a future on the interior of the offensive line in a swing-lineman role. Here’s what Cory Ezring (@CoryEzring) said of Jackson’s Senior Bowl performance:

…Alaric Jackson of Iowa is an intriguing offensive lineman who has been discussed as a possible guard/tackle swing player…Jackson was inaccurate with his initial punches which forced him into a recovery position early in the snap. What’s more, he consistently played with a high pad level and allowed contact to his frame. Jackson also exhibited a poor anchor early in the week…the Iowa product improved from day one to day two and further progressed from day two to day three. Still, the senior’s impressive flashes were separated by stretches of underwhelming play…Alaric Jackson is a probable draft selection come April who could develop into a reserve swing lineman.

Despite drafting Pete Werner in the third round, the Saints choose to add another linebacker late in the draft. The Saints have a tendency to draft a linebacker in all but one of their last four drafts, and with a more glaring need at linebacker this year they choose to double-dip at the position. Picking Cole will add depth to their linebacking corps and be able to contribute on special teams early.

The Saints leave this draft with their franchise quarterback and a bolstered defense. Where the Saints may now be thin because of their cap situation this year, they now have youth, talent, and most importantly, cheap contracts to allow for their Super Bowl window to remain open.

The original Saints 7-Round Mock Draft was written by Jack Despeaux for NFL Draft Bible on Sports Illustrated. Jack is an NFL Draft Analyst and Writer