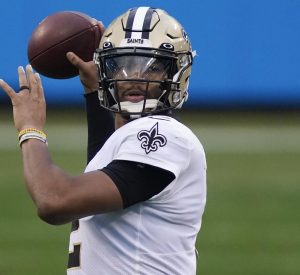 We’re in the midst of the 2021 NFL offseason, and the start of 2022 free agency is a long way away. However, it’s not too early to look ahead at the players likely to be available.

You can bet teams are eyeing potential 2022 free-agent targets, while players are anticipating big paydays. Some players, though, have work to do to draw the interest of teams and maximize their value.

We’ll examine eight players who are scheduled to hit the open market next year but have plenty to prove this season. Whether they’re trying to reestablish themselves as starters, overcome injuries or prove that prominent past production was no fluke, they have plenty riding on the 2021 regular season.

Players are listed in alphabetical order.

Pass-rusher and 2014 No. 1 overall pick Jadeveon Clowney signed a one-year deal with the Cleveland Browns earlier this week. He’s still 28 years old and will likely look to parlay that deal into the big second contract he has never received.

For that to happen, though, he will have to prove two things.

He’ll first have to prove he can stay healthy. He has missed 29 games in seven seasons and missed eight last year with a torn meniscus. He has only played a full 16-game season once and will have to show he can stay on the field to earn trust from potential employers.

Clowney will also have to prove he can consistently impact games. He can wreak havoc along the defensive front, but he’s not a sack-racker—he’s never had double-digit sacks in a campaign. He will need to turn pressures into quarterback takedowns and run stops into lost yardage if he’s going to regain a reputation as a difference-maker.

Like Clowney, wideout Will Fuller V is a former first-round pick of the Houston Texans who caries a fair amount of injury concern. He too has never played a full 16-game schedule and is playing on a one-year “prove-it” deal.

This year with the Miami Dolphins, Fuller will need to prove he can stay on the field. He’s missed 22 games because of injury in five pro seasons and missed another five in 2020 with a PED suspension that will extend one game into the 2021 season.

If Fuller can stay healthy—and out of trouble—he could be in store for a hefty payday. One of the fastest wideouts in the league, he oozes big-play potential and was establishing himself as a borderline No. 1 receiver last season before the suspension.

If Fuller can prove himself, he could easily earn a deal similar to the four-year, $72 million contract Kenny Golladay received this offseason.

New England Patriots cornerback Stephon Gilmore may not reach free agency next offseason. He could receive an extension this year or be traded to another team. Even he doesn’t know how things will play out.

“It’s out of my control,” he told Ben Volin of the Boston Globe. “I’m just happy to be a Patriot right now, and see how it goes.”

If Gilmore does hit the open market next year, he’ll be 31 years old. However, he could still be in store for a sizable contract—if he can bounce back from a disappointing 2020 campaign.

Two years ago, he was the NFL’s Defensive Player of the Year. Last season, though, he was simply a great starting cornerback. He was limited to 11 games with one interception after logging six the previous season. His opposing quarterback rating of 75.7 was still Pro Bowl-worthy, but it paled in comparison to a 44.1 rating in 2019.

Gilmore should be looking to prove he’s still one of the most valuable defenders at any position in the NFL.

Tampa Bay Buccaneers wideout Chris Godwin was expected to be one of the league’s most coveted receivers in free agency this year, but he never hit the market. Instead, Tampa gave the one-time Pro Bowler the franchise tag.

If Godwin reaches free agency next year and hopes to earn that massive second contract, he’ll have to show his remarkable 2019 campaign wasn’t an outlier.

He missed two games that season and still finished with 1,333 receiving yards and nine touchdowns. The problem is that 2019 represents Godwin’s only year of elite production. He had 842 yards the year before and 840 yards in 12 games this past season.

Like many players on this list, he will have to prove he can stay healthy after missing six games over the past two seasons. More importantly, he’ll have to show he can perform as he did two years ago consistently. If he can, he could become a receiver-needy team’s top offseason target.

Is Von Miller still an elite pass-rusher? The Denver Broncos veteran will need to answer that question if he hopes to cash in with one more big contract and/or finish his career with the team that drafted him.

“I want to be here forever,” Miller posted on Instagram in March.

The reality is we don’t know where he stands as a player. He’ll turn 33 next offseason and missed the 2020 season after undergoing ankle surgery. He also showed signs of decline in his last healthy season.

In 2019, Miller had a solid 37 quarterback pressures but only eight sacks—the second time in nine seasons that he didn’t log double-digit quarterback takedowns. In 2013, the other season when he didn’t record 10 or more sacks, he was suspended six games for a PED violation.

If Miller doesn’t return to form in 2021, he could be looking at his last season as a Bronco.

While Miller’s career may be nearing its end, Haason Reddick’s career as a pass-rusher is just getting started. The 26-year-old made the transition from linebacker to edge defender last season with the Arizona Cardinals and delivered impressive results.

In 16 games with 11 starts, Reddick amassed 12.5 sacks and 34 quarterback pressures. He signed a one-year, $6 million deal with the Carolina Panthers this offseason and will look to establish his market as a high-end sack artist.

If he can prove his 2020 campaign wasn’t a fluke, he could be lined up for a massive payday. Pass-rushers are always at a premium, as evidenced by Bud Dupree’s five-year, $82.5 million deal this year despite coming off a torn ACL.

Like pass-rushers, left tackles are at a premium in free agency. Jacksonville Jaguars tackle Cam Robinson will be 26 years old next offseason with the opportunity to cash in if he can prove himself to be a franchise-caliber player this season.

The 34th overall pick in 2017, Robinson has largely been a good, not great, player. He’s never made a Pro Bowl and was responsible for five penalties and five sacks last season, according to Pro Football Focus.

However, he is young and played 94 percent of the offensive snaps, and Jacksonville hit him the franchise tag. He can prove his worth while blocking for likely No. 1 overall pick Trevor Lawrence.

While the Jags haven’t added the Clemson quarterback yet, they’ve given no indication they won’t.

“I’ll leave that up to the owner when we make that decision official,” head coach Urban Meyer said, per NBC Sports’ Peter King. “But I’m certainly not stepping out of line that that’s certainly the direction we’re headed.”

Spotrac projects Robinson’s market value at $11.3 million annually. That number could jump significantly if he has a Pro Bowl-caliber campaign in front of a rookie star.

The No. 1 pick in the 2015 draft, Jameis Winston was once considered one of the league’s best up-and-coming quarterbacks. However, his tenure with the Buccaneers ended with a head-scratching 30-interception season in 2019.

Tampa moved on from the turnover-prone quarterback and won the Super Bowl with Tom Brady under center. Winston went on to back up both Drew Brees and Taysom Hill with the New Orleans Saints. This year, though, he will have the opportunity to pry the starting job away from Hill with Brees retired.

“Our goal going into the offseason was to re-sign Jameis,” head coach Sean Payton said last month on The Dan Patrick Show (h/t John Sigler of Saints Wire). “Taysom played four games for us last year. Let those guys go to work. I’m excited about it.”

If Winston can win the job and put his turnover issues behind him, he’s young enough to establish himself as a franchise quarterback. He won’t turn 28 until next January and already has 70 career starts and 19,812 passing yards on his resume.

A strong season—ideally, one with a career-best touchdown-to-interception ratio—could reestablish Winston as a guy who can, well, be “the guy” for an NFL team. Doing so would likely earn him an enviable payday in 2022 free agency.