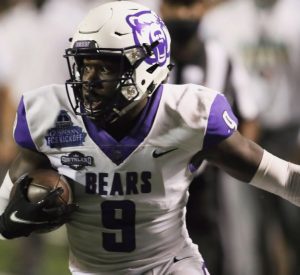 SEATTLE — Since John Schneider became the Seattle Seahawks‘ general manager in 2010, their 105 NFL draft selections are second-most behind only the Minnesota Vikings‘ 111. Seattle has averaged more than 9.5 picks per year in that span, with no fewer than eight selections in any of those 11 drafts.

So you can imagine how Schneider feels about heading into this year’s draft with a league-low three selections, no first-rounder and only one pick over the first two days.

“Yeah, it’s killing him,” said Jim Nagy, a former NFL scout who worked in the Seahawks’ front office before becoming the executive director of the Reese’s Senior Bowl. ” … Three picks, you want to come away from a draft with more than three bodies.”

According to ESPN Stats & Information, only five teams have made three or fewer selections since the Common Draft Era began in 1967. The last time it happened was in 2009 with the New York Jets. Of the five, four of those teams’ historically small draft classes included a first-round pick — all of which illustrates how little the Seahawks have to work with this year.

• How the pandemic has affected scouting
• The Leggy 100: Ranking the top 2021 NFL draft prospects
• Should Raiders use No. 17 pick on RT?
• Inside Arizona’s decision to draft Fitzgerald
• Ballard adept at acquiring what Colts need: draft picks
• Will Browns go defense or receiver at No. 26?

For now, at least.

The Seahawks’ 19 draft-day trades since 2016 are third-most in that span, as they’ve made a habit out of moving back — especially from their first pick — and acquiring more selections.

“The thing with this year’s draft, some of the later, later depth isn’t quite there,” Nagy said. “I still think it’s a strong draft through about the fifth round. So I think that that’s kind of the sweet spot. If they can move off 56 … and add [a] third, add a couple fours, that strategy seems like something they would do.”

In a normal draft, that approach would seem like a virtual certainty given the Seahawks’ history of trading back and their current dearth of picks.

But this is not a normal draft. There’s less game tape to evaluate due to players who opted out of last year’s college season due to COVID-19 concerns. There was less access to prospects in the pre-draft process, with no formal scouting combine and no in-person visits, so lots of medical questions remain unanswered. And with so many would-be prospects returning to college instead of entering the draft, the overall talent pool isn’t as deep as it usually is.

Here are three things to know about the Seahawks’ draft:

Where the picks went

The Seahawks gave up their first- and third-rounder in last summer’s trade for Jamal Adams. They gave up a fifth in March for Gabe Jackson and a sixth to get back into the seventh round in last year’s draft, where they took Stephen Sullivan. Their 2019 trade for Quandre Diggs brought back an extra seventh, which is the pick they gave up last October for Carlos Dunlap.

The Seahawks didn’t receive compensatory picks this year, leaving them with only their native selections in the second, fourth and seventh rounds.

Adams was named to the Pro Bowl and is in line for a massive extension after setting the single-season sack record for a defensive back. Dunlap helped ignite Seattle’s pass-rush and is back on a new two-year deal. Jackson, whom the Seahawks signed to a new three-year deal, is an upgrade to their offensive line.

So the obvious silver lining to the Seahawks’ lack of draft capital is that three of the four players they acquired with the five picks they traded project to have prominent roles for Seattle in 2021 — albeit not on inexpensive rookie deals. The exception is Sullivan, who’s now in Carolina.

Cornerback is easily the biggest question mark on the Seahawks’ roster, with no clear-cut No. 1 following Shaquill Griffin‘s free-agent departure. D.J. Reed played well enough in the second half of last season to hang onto a starting job, but he looks like the best option among a group that includes free-agent pickup Ahkello Witherspoon, Tre Flowers, Damarious Randall and Pierre Desir.

A No. 3 wide receiver is arguably the next-biggest need, as Seattle didn’t sign anyone after losing David Moore in free agency. The Seahawks are high on Freddie Swain as a complementary option behind Tyler Lockett and DK Metcalf. But the other five receivers on their roster have combined for only three career catches.

Kiper and Nagy both named Central Arkansas’ Robert Rochell, Minnesota’s Benjamin St-Juste and Washington’s Keith Taylor as cornerbacks whose size could make them appealing options to the Seahawks.

“Robert Rochell is a guy that totally fits what they do,” Nagy said. “He’s long, he’s got 32-plus, 33-inch arms, ran 4.3s, jumped 42 inches, he’s got all the physical stuff. Had a good couple of days here in Mobile (at the Senior Bowl) and then got injured. But he’s going to be the first small-school defensive player off the board. I think it’s going to be somewhere in that late-2, third-round range. So I think he makes a lot of sense.”

Offensive line is another need for the Seahawks, though maybe more long-term than 2021. Center is the most obvious spot to potentially upgrade, but they view Ethan Pocic as a solid starter there. Pocic is only signed through 2021, as are tackles Duane Brown and Brandon Shell.

The Seahawks are also thin at linebacker and could use more depth, even if they re-sign K.J. Wright.

Kiper considers this year’s draft the most mysterious he’s seen. One reason: the uncertainty over how teams view prospects who opted out of 2020.

“Will they create bargains for teams where [other] teams are a little conservative in how they grade out the opt-out players? They push them down the board a little bit, which presents bargain possibilities,” Kiper said.

The Seahawks could be one of those conservative teams. After all, part of their rationale for giving up what they did for Adams was the uncertainty over the 2020 college season and reduced access to prospects during the pre-draft process, leaving them with less information to base their evaluations. That same line of thinking could impact how they view opt-out players, especially those with earlier medical concerns.

But it could also give the Seahawks a chance to get a steal on a player who’s talented enough to have gone much earlier. Because it’s not just that the Seahawks are low on picks. It’s also that they only have one in the top 125, which could make it hard to find a player who can make an impact right away.